Reopening schools is a question of logistics, not of risks 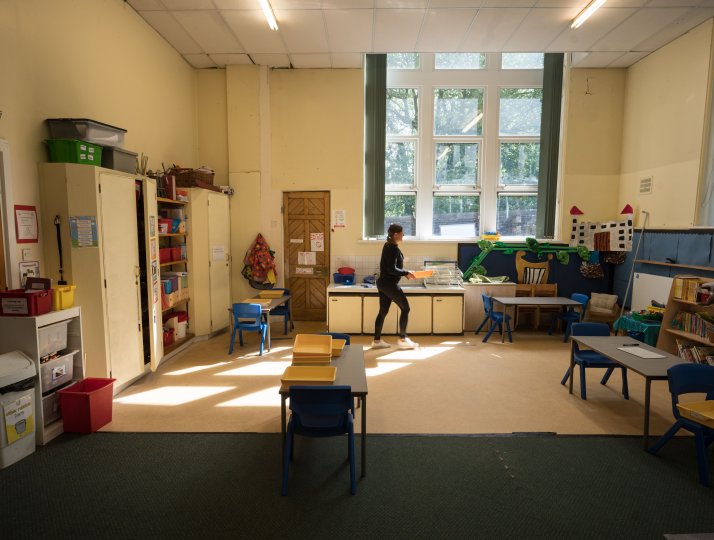 First, a confession: three hours ago, I was incredibly committed to schools reopening. I’ve written consistently that some of the biggest victims of the lockdown are children at risk of abuse at home, or from lower-income backgrounds. Living, like half of Londoners, on a housing estate, I am daily exposed to the real consequences of limiting the social contacts of children who have few opportunities to get out.

I have been concerned, however, that a lot of the debate around schools reopening has focussed on the clash between two risks: the known damage that school closures have on child development and impact on educational attainment which already takes place over long summer holidays, as well as the increased risks of child abuse, versus the unknown impact that reopening schools will have on the transmission of the virus.

Over at Unherd, Tom Chivers sets out the arguments on both sides well, but in many ways the debate is a redundant one. The United Kingdom will come out of lockdown later than many other nations in Europe. If reopening schools is a mistake, we should have a pretty good steer on that issue before our target date of reopening on 1 June. The UK can plan for schools to reopen because we’re reasonably likely to have a good idea of the short-term risks to that approach.

When I started this piece, I thought that I would conclude where I started, which was thinking that a) schools should re-open, b) the logistical questions about infection raised by the teachers’ unions were broadly right, c) the government could fix both the points raised by the teachers’ unions and the logistical challenges by moving the summer holiday forward, doing some of the necessary HR and logistical work, and targeting a mid-June return.

I now feel like I have opened a door into a seemingly endless administrative nightmare. Here are some of the challenges:

The British education system has two mechanisms to tackle its rate of loss among the teaching population – in England, roughly one teacher in every ten leaves the profession every year. The first is to recruit large numbers of new graduates from the existing population, and the second is to attract teachers from abroad, particularly Australia, Canada and New Zealand.

The “deal” here is basically the same one offered to British people teaching abroad: come to the UK, see a bit of the country, earn a fairly decent living teaching for a bit. The problem, of course, is that these visas tend to run along the academic year, meaning many will expire this August. Fortunately, the government can simply fix this issue by extending visas.

But there is another problem that is harder to fix: that some teachers from abroad are likely to want to return to their home countries if they can.

Teacher retention rates in the UK are bad, but they are less unique to the United Kingdom than sometimes supposed: attrition among teaching staff is one of the biggest global education challenges. However, just because the challenge is global, doesn’t mean that the national government's dont have to grapple with the problem it creates. School staffing levels are, of course, a vital part of whether or not you can reopen successfully. Which brings us to the next logistical challenge....

When classrooms return, classes will be split into groups of no bigger than 15. The average class size in England is 21. That creates two challenges: the first is having enough teachers to run those classrooms, and the second is having enough classrooms to run lessons.

I don’t have reliable data to hand about the number of “spare” teachers in the average school, but from both the Confederation of School Trusts’ formula for helping school leaders work out how many teachers they can afford to hire and from private conversations with school leaders, we can estimate that on a regular school day (if every teacher is in and healthy) for every ten teachers, at any given point, seven will be taking classes and three will be doing other things.

Of course, many of  those “other things” are work, too – teachers will be marking and handling school discipline, among other issues – but even if you imagine for a moment that those three teachers are just available to teach, the bad news is that, even with every teacher teaching, you are still four teachers short.

And you don’t only need teachers, but places to teach in.

I’ve spoken to a number of teachers and school leaders to write this piece, and most think that in practice they can fit a socially distanced class of 13 in a room, but in any case, it doesn’t matter: what does matter is if you want schools to reopen, you are in practice doubling the number of classrooms in use at any given time.

There is no central government record of the number of unused rooms in the average school because this hasn’t, up until now, been particularly useful information and most school leaders I spoke to did not know for that reason. However, two happened to have copies of their timetable planning from the last academic year, and, at any given time, 95 per cent of their classrooms were in use.

If the government wants to resume anything like full-scale education they are going to need to both rapidly increase the amount of classrooms and also the number of teachers. Speaking of issues with the schools estate…

Not all classrooms are created equal

This is easy to forget – one of the last things I did before lockdown was speak at a primary school with circular tables and I forgot this myself – but very few classrooms are just row after row of single-user desks. Many primary schools use circular tables of eight, while most secondary schools do not use single desks either but tables designed to seat two pupils at a time.

These also have implications for….

Real talk: the problem we’re trying to solve by reopening schools is that a lot of kids are having a really terrible time in lockdown, they are receiving a worse or no education and their risk of physical, mental and sexual abuse has increased.

Any reopening hasto prioritise making sure that schools are able to deliver a good standard of education and to perform their safeguarding role. I am far from clear how you can deliver that without rapidly increasing both the number of teachers and the number of classrooms.

And these are just some of the problems

There are a lot of other challenges I have left undiscussed or discovered partway through writing this piece.

TeacherTapp, which surveys teachers about their workplaces and other issues, found that the ratio of sinks to students is, on average, one to 30. That obviously creates major delays to when lessons can begin or end if people are observing proper handwashing. Collecting children at schoolgates, particularly at primary school level is another logistical challenge – as anyone who has been in a long queue during the era of social distancing can attest.

I remain deeply concerned about the consequences of school closures, and think no option should be off the table in terms of ameliorative measures. But the more I look at the logistical challenges, I think the problem the National Education Union or the National Association of Headteachers have is that their demands are too strict – but they are, if anything, lowballing the scale of the challenge.

It may well be more helpful for the government to start with a completely blank sheet of paper and to find solutions that involve a greater deal of change to how schools operate. Perhaps instead of focussing on the usual transition years – those who would progress to secondary, to sixth form or to higher or further education – a more useful starting point might be younger children, for whom the loss of socialising with children their own age has bigger implications, perhaps through some temporary loosening of regulations around childminding.

In any case, the logistical problems around schools re-opening as normal are a lot harder than thought – and are more worthwhile areas of discussion than a debate over safety, which will resolve itself by 1 June in any case.

Read the rest of this article here