Why Are Charter Schools Taking Money Intended to Save Small Businesses? 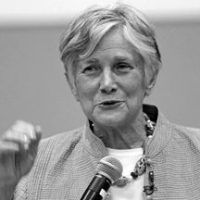 The charter industry lobbied to make sure that privately-managed charter schools would be eligible to apply for and receive federal coronavirus relief funds that were intended to save small businesses. An unknown number of charter schools have indeed received large federal monies from the stimulus money, despite the fact that no charter school has suffered any loss of funding due to the pandemic.

More importantly, they had no need for the money. Many thousands of private businesses do have a genuine need. At least 100,000 small businesses have closed forever.

The coronavirus pandemic is emerging as an existential threat to the nation’s small businesses — despite Congress approving a historic $700 billion to support them — with the potential to further diminish the place of small companies in the American economy.

The carnage has been even higher in the restaurant industry, where 3 percent of restaurant operators have gone out of business, according to the National Restaurant Association. T

earful, heartfelt announcements about small-business closures are popping up on websites and Facebook pages around the country. Analysts warn this is only the beginning of the worst wave of small-business bankruptcies and closures since the Great Depression. It’s simply not possible for small businesses to survive with no income coming in for weeks followed by reopening at half capacity, many owners say.

The charters still receive public funding. They are not at risk. But an unknown number have sought and received some of the money that was supposed to save mom-and-pop stores that have had no revenues since mid-March.

Perry Stein of the Washington Post tried to find out how many charter schools in DC had taken the money meant for failing businesses, and the charter industry was evasive.

Maybe they are embarrassed. They should be.

Stein writes: D.C. charter schools received federal aid intended to keep nonprofits and small businesses afloat during the coronavirus pandemic, drawing criticism from public school advocates and others who say the money should be reserved for businesses hit harder by the crisis’s economic toll.

It is unclear exactly how many applied for the money. Officials across the District’s expansive charter sector — 63 operators that educate almost half of the city’s 100,000 public school students — have largely remained quiet about which schools have received help from the federal Paycheck Protection Program.

The D.C. Public Charter School Board, the city board that regulates the schools, said it doesn’t know, and the D.C. Council’s Education Committee chair said the same.

FOCUS, a leading D.C. charter advocacy organization, has been the public contact point for schools interested in applying. But its director, Anne Herr, said she also does not know. Oversight of the relief money “belongs to the federal government,” she said.

Contacted by The Washington Post, most charter operators declined to say. But some acknowledged applying — and defended the decision. “These kids are wearing the brunt of everything that goes bad in the city,” said Shawn Hardnett, founder and executive director of Statesmen College Preparatory Academy for Boys in Southeast Washington, which received a $300,000 loan. “Everything we can do to protect the most vulnerable children in the city we are doing.” [

Wealthy private schools in the region have gotten pushback for taking the money. Top universities have, too. Some businesses, including Shake Shack and Ruth’s Chris Steak House, ultimately decided to return the money after public scrutiny.

Charter schools now face similar blowback. That’s because their main revenue source — per-pupil government funding — is so far unaffected by the pandemic. Meanwhile, other companies and organizations across the district have lost nearly all of their revenue, said D.C. Council member David Grosso (I-At Large), who chairs the Education Committee and has questioned whether charter schools should apply. “I think it’s really an abuse of funds,” said Carol Burris, executive director of the Network for Public Education, a nonprofit advocacy organization. “They are not losing their funding stream.”

So, the charters take the money that was supposed to save America’s small businesses, which are in desperate trouble, because…because…they can.

Read the rest of this article here